Please give a warm welcome to author Rachel Rossano! 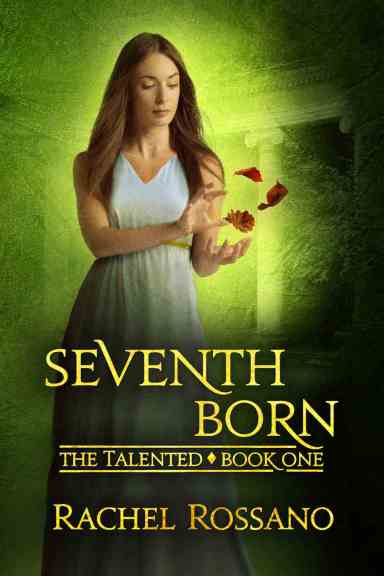 My name is Rachel Rossano. I write in a variety of genres: medieval romantic adventures, inspirational fantasy, science fiction, and may others.

Hmm… My mythological being would probably be a hobbit. I am a bit on the short side, love books, and tend to stay home a lot. However, like Bilbo and Frodo Baggins, I can be persuaded to go on excursions and enjoy some aspects of adventuring while I am out and about in the world. I will always long to return home, though.

My medieval inspired series (Novels of Rhynan and The Theodoric Saga) are familiar worlds that I work hard to keep new and interesting. The challenge is mostly keeping all the details and characters straight. Since I have been writing in that combined world for over a decade and about a dozen books (counting unpublished and published books), there are a lot of details to remember and reference back to while writing.

The science fiction series inspired by a short story (Exchange) I wrote a while ago has made a nice break from the medieval period research that comes with the other series. Instead of diving into the details of medieval painting methods, I spend my research time looking into genetic modification, space travel theories and realities, and sociological development. It is a fun change.

The Talented series, is a completely other animal all together. That project is older than my children (over a decade in the making). The challenge is to making sure I catch all the writing weaknesses of the first two installments. I also have to make sure the final installment, which was written about a year ago, matches the earlier ones in voice, method, and feel.

Every genre has its challenges, but I am loving all of them.

Seventh Born, my recent release, was that hardest. The whole trilogy was. Balancing the very difficult themes, the character development, and world building without losing pacing from book to book was a challenge. However, that wasn’t as hard as writing the last third of the huge monster the trilogy became. Carrying all the emotional, technical, and storytelling threads all the way through the over 200,000 word series was very exhausting. I felt burned out for a bit after finishing that last section.

I just released Seventh Born, the first installment of The Talented trilogy in March 2018. What I love about the book, and the series, are the characters.

The heroine, Zezilia Ilar, begins the series as a broken, attention-hungry teenager who has been told her whole life that she is a disappointment. She was supposed to be the highly desired seventh born son, but she failed and was born a girl. Yet, through the intervention of a quirky man, his family, a true seventh son, and others, her potential is discovered. She is an anomaly, an outlier, with extraordinary potential that none of her family saw because she didn’t fit their expectations.

To balance her journey out, Hadrian Aleron, a seventh son of a seventh son is the strongest talent in many generations. He is destined to live the very life Zez’s parents had hoped for her. But, it isn’t as pleasant and easy as it had been presented to Zez. Raised by followers of the Almighty, Hadrian is also a follower of his parents’ faith. They are the minority in a country with a government that openly adheres to religion centered around a goddess. Hadrian, from the moment he takes office as Sept Son, is under attack for his beliefs.

The journey of telling Zez and Hadrian’s story was a long and challenging one, but I wouldn’t trade it for an easier process. I learned a great deal while writing the series, both as a writer and as a believer.

LOL You don’t make things easy, do you? Umm… Character-centric prose might work.

Zezilia, my heroine in Seventh Born, begins the story as an insecure teenager more interested in exploring the royal gardens than dancing with the eligible gentlemen at the ball. By the end of the book, she grows into a young woman on the brink of adulthood, confident in her abilities and ready for the challenges ahead.

In contrast, Hadrian, my hero, begins the book as a man in his very early twenties. He is strong, confident, and ready in many ways to take up the mantle of Sept Son, the overseer of talent users and holder of great political power. Despite this confidence, he is well aware of some of the trouble ahead. That difficulty has worn him down by the end of the first book. He feels very isolated and alone as he struggles to keep his moral center despite immense external pressures.

What I love about both of my characters is their flaws. They both have weaknesses and grow and change through the course of the book.

Initially, Seventh Born was one third of a single novel. However, at 200,000 plus words, I knew that it was too big. So, I sent some time cutting it up into three sizable chunks and turning those three chunks into book length installments in a trilogy. Other than that, Pretty much everything is in the story that I intended to be there.

I actually don’t have one at the moment.

Initially, the desire to improve motivated me. I wanted the reader to not be focusing on my technique, but the story, the message, and the characters. Later it became the desire to make a career doing something I love, writing and storytelling.

Oh, that would be cruel! LOL I guess I would choose fantasy. The boundaries are so wide that I could tease my way into other genres at least a little.

I have read many things that have made me think, reevaluate, and consider different uses for fiction. The beauty of storytelling is the way one can explore, teach, and work ideas through. However, none of their individual names come to mind.

I would pursue graphic design exclusively. I love storytelling whether I am using words or images.

I haven’t received an advance yet.

One fan told me I had changed her perception of romance for the better.

Being fangirled over is a wonderfully sweet experience. I haven’t had it happen much in person, but occasionally online.

If you liked this post, please scroll to the top of the page and type in your email to follow my blog and get an update every time I post new content. I have authors of all genres coming on my blog to interview in the coming weeks! Don’t miss it!