Please welcome YA author J.S. Fields! He is the author of The Source Trilogy, and has generously made the second book in the series, The Isle of Brigadoon, FREE on Amazon from June 12-16 in anticipation of this interview! Read on to find out more! 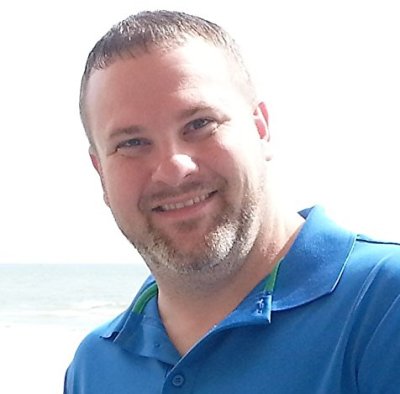 My name is Joel (JS) Fields.  I write YA fantasy primarily.  Readers can find me on:

If I could be any mythological being it would be an Elf (think Legolas from LOTR). Why not look awesome and be a great warrior who lives forever?

I guess I’ve always been interested, just because I loved stories, mythologies, so I wanted to write my own story one day.

I won a creative writing scholarship when I was a senior in high school, but I studied Physics and Electrical Engineering and writing went away almost entirely for me. It wasn’t until my daughter wanted me to tell her a story that she had never heard before did I get the writing bug again.

As crazy as this sounds, I was changing the inputs on my TV and instead of inputs, it calls them Sources.  I thought everything must have a Source, even people who wield magic. and I started developing a story from there. about people who had to be near for those who can use magic to throw spells, they act as a magical conduit.

I have planned a trilogy about Sources who had to be near those who can wield magic in order to throw spells as they act as a magical conduit. They have all but been extinguished except a few. The first book – Center of Magic is set after WWIII, all full-blood wizards and witches were consumed in flame brought about by a powerful spell. It follows a young half-blood girl – Reese – and a journey to the Center of Magic with a friend, cousin, and others met along the way with a man named Tereo as their guide. They must get there before a Source named Ambrose.

Reese (MC) – very much a princess who despises being dirty, but is a fast learner with a good heart.

Emily or Em – headstrong, a fighter, and Reese’s best friend.

Erik – strong, a healer, and protects those he loves with his whole being.

I’m writing this trilogy to be a YA fantasy, so those who like a journey book, with magic, betrayal, and action spread throughout should enjoy these books.

“I’m not delusional. I know I’m only alive because I have somehow survived my own stupidity.”

Self-published, only because for me it has never been about money or recognition, but about a promise to write the story.

YA Fantasy. The genre is so broad, you could write forever and never tell the same story.

The Harry Potter series, I think has affected the way any author, will write after they read them.  I’m no different.

J.K. Rowling – for her twists and characters.

J.R.R. Tolkien – for his world-building and depth of storytelling.

Rick Riordan – for his knowledge of mythology and the excitement he brings to those who read it.

It would always be the way we treat each other. If we all had the innocence of children we would be much better off.

To tell a story that is within me that needs to get out.

Seeing my book in print was the best moment I could ever think of, even though I’m self-published it was made me feel that I could do it.

I loved the first time I received a review of my book and they told me they enjoyed it so much that they couldn’t wait for the next one.  It was the best feeling to know someone liked what you had so much self-doubt about.

My nickname is “Bo” since I was a kid. I got it from watching The Dukes of Hazzard TV show. It was so much of my identity growing up that they put it on my high school diploma.

Don’t give up. You will have self-doubt, but the more you have the more you will relish in the joy of someone enjoying your work.

Thank you so much for the great interview! Don’t forget, The Isle of Brigadoon, FREE on Amazon for a limited time! Check it out! And say hi on Facebook and Twitter